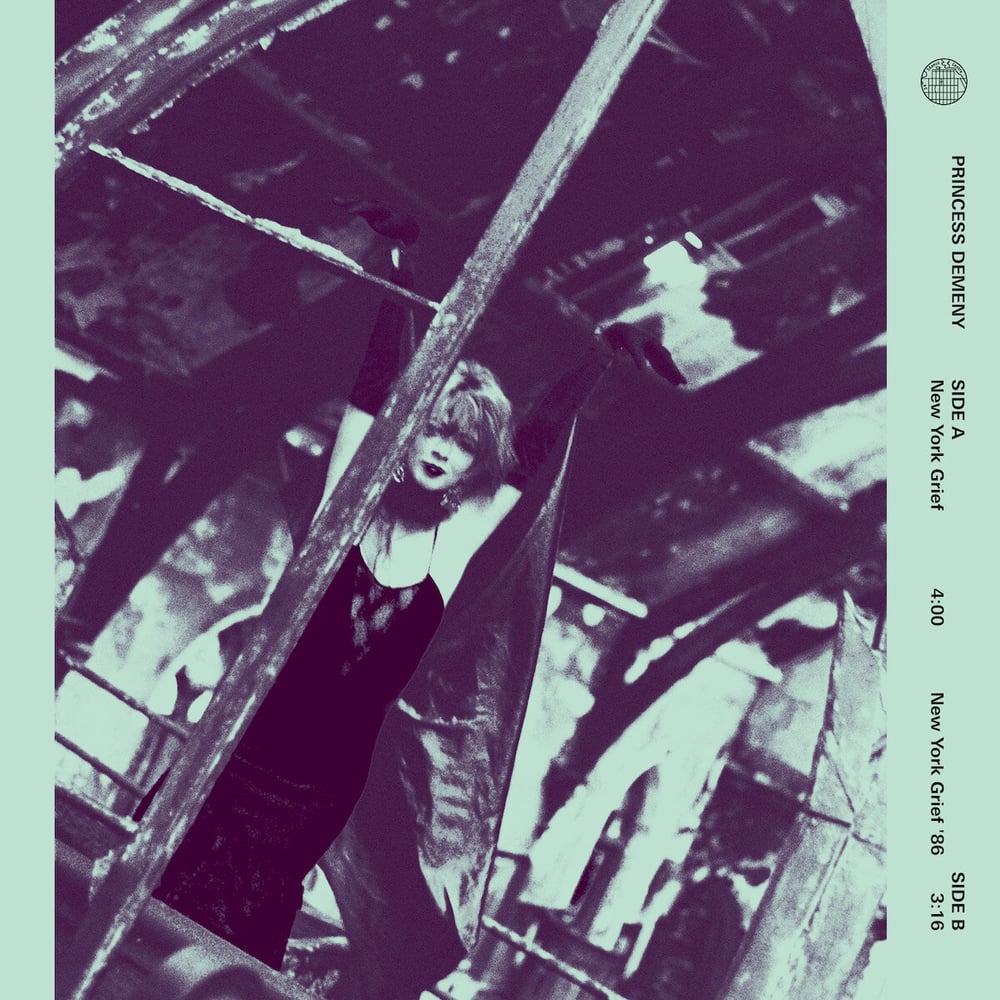 New York Grief is a nocturnal new wave incantation for the sleepless metropolis by Montréal singer, filmmaker, painter, and poet, Princess Demeny. In the early 80’s Princess started creating music for her poetry and in 1986, she partnered with Jean Mineau, her then boyfriend, who did the arrangements on what was to be her first EP, Distant Voices. Not long after the start of their collaboration, Jean was diagnosed with terminal cancer and was immediately hospitalized. Against the doctor's wishes, Jean left to record demos of five songs including New York Grief. He sadly passed shortly after returning to hospice and the recordings were never released.

“New York Grief was inspired by several trips to New York City in the mid eighties. I was in love with the city's nightlife. At times, I would stay awake and watch the city that never sleeps as its night creatures came out to play, and I would watch as they would vanish, replaced by the suited nine-to-fives, waking up and starting the machine of the metropolis madness again and again. It felt to me as though, in New York, there was more darkness by day than at night. I felt the city's intense rhythms and the chaotic pulse of the urban grind. It made me question if, sometimes, I was awake or still sleeping. I would have vivid dreams; horrific nightmares of burning buildings and people running and even though it was exhilarating, it also scared me.”

In 1989, Princess recorded a new version of New York Grief with arrangements by the Montréal new wave group Vini Vidi Vici. She also produced and directed a music video for it, which evokes both Maya Deren’s Meshes of the Afternoon and Slava Tsukerman's Liquid Sky, but set in ultra-cool nouvelle vague Montréal in the late 80s. Both the demo and 1989 version are featured on this 7” release with a bonus digital track of her cover of Listen, The Snow Is Falling by Yoko Ono. This single is a glimpse of the alluring universe of Princess Demeny, with more revelations on the horizon.