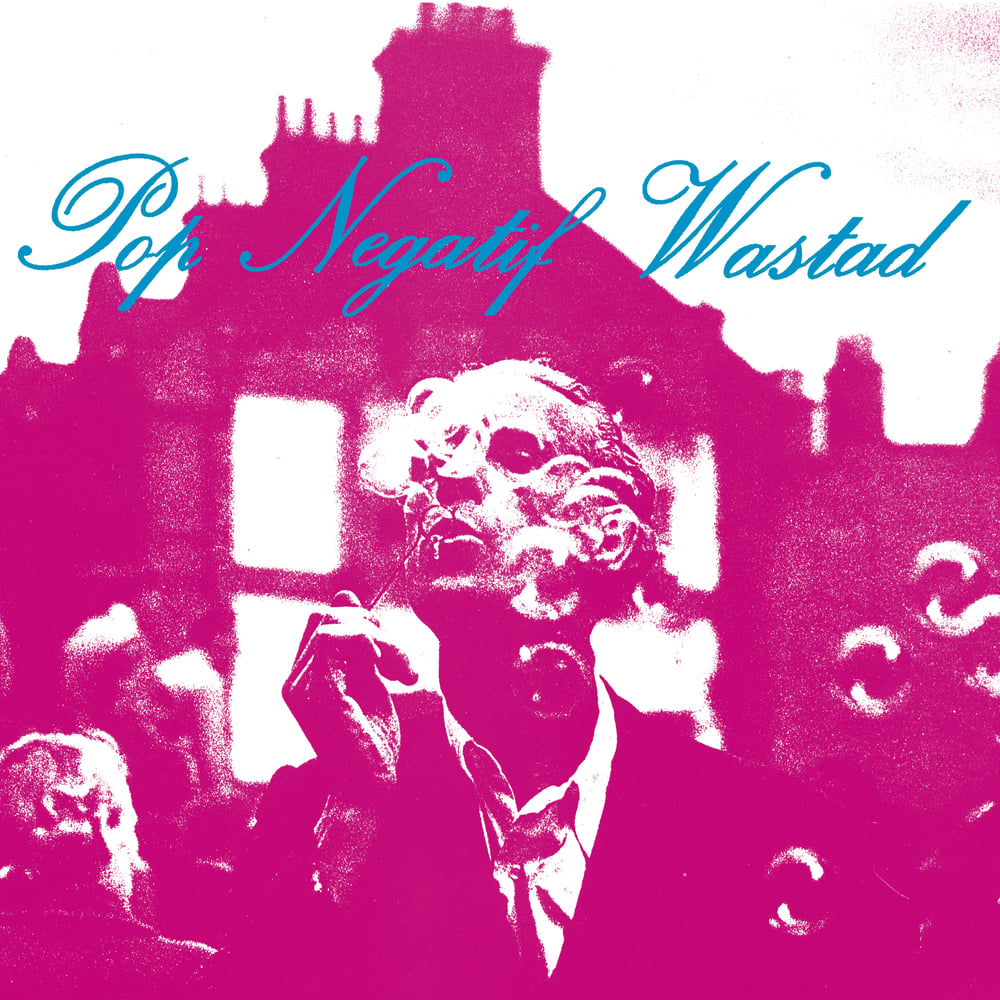 Musique Plastique is proud to present Pop Negatif Wastad’s eponymous EP from 1989 as a 45rpm four tracker, including all of their self penned songs. This is the first release in a series of reissues from the height of the 80’s & 90’s Welsh music scene.

Hailing from mid Wales, Pop Negatif Wastad emerged in the late 80’s as the sole collaboration between Esyllt Anwyl and Gareth Potter. Esyllt cut her teeth in the exceptionally bent no wave group Crisialau Plastig, while Gareth – an actor on the UK soap opera Eastenders – was in the midst of breaking away from his post-punk group Traddodiad Ofnus to form the mighty hip hop/acid techno outfit Tŷ Gwydr. With their backgrounds in experimental pop and the thumping beat of the nascent rave scene looming in the background, the duo took an unapologetic approach to music making with no regard to formulaic sound, gender roles, or expectation. Esyllt served as the mastermind behind the music (along with Gorwel Owen on production – Rhosneigr’s answer to Martin Hannett) while Gareth balanced the project with his dialed vocal style and ideological approach. They developed an emotionally driven and fearless collection of tunes, a charged version of synth pop that elaborated on their experience within the Welsh scene while combining influences from emergent sounds akin to what you’d hear on The Haçieda dance floor (where rumour has it, their Be Music/Section 25 invoking track “Iawn” was played). Stabs, arpeggiated synths, harsh percussion, piano house leads, concertina melodies, warped samples, and dubbed out delay were quilted together to the chug of drum machines, creating a genre-bending landscape woven with vocals reminiscent of New Order and Joy Division (with the added bonus of being sung in the Welsh language).