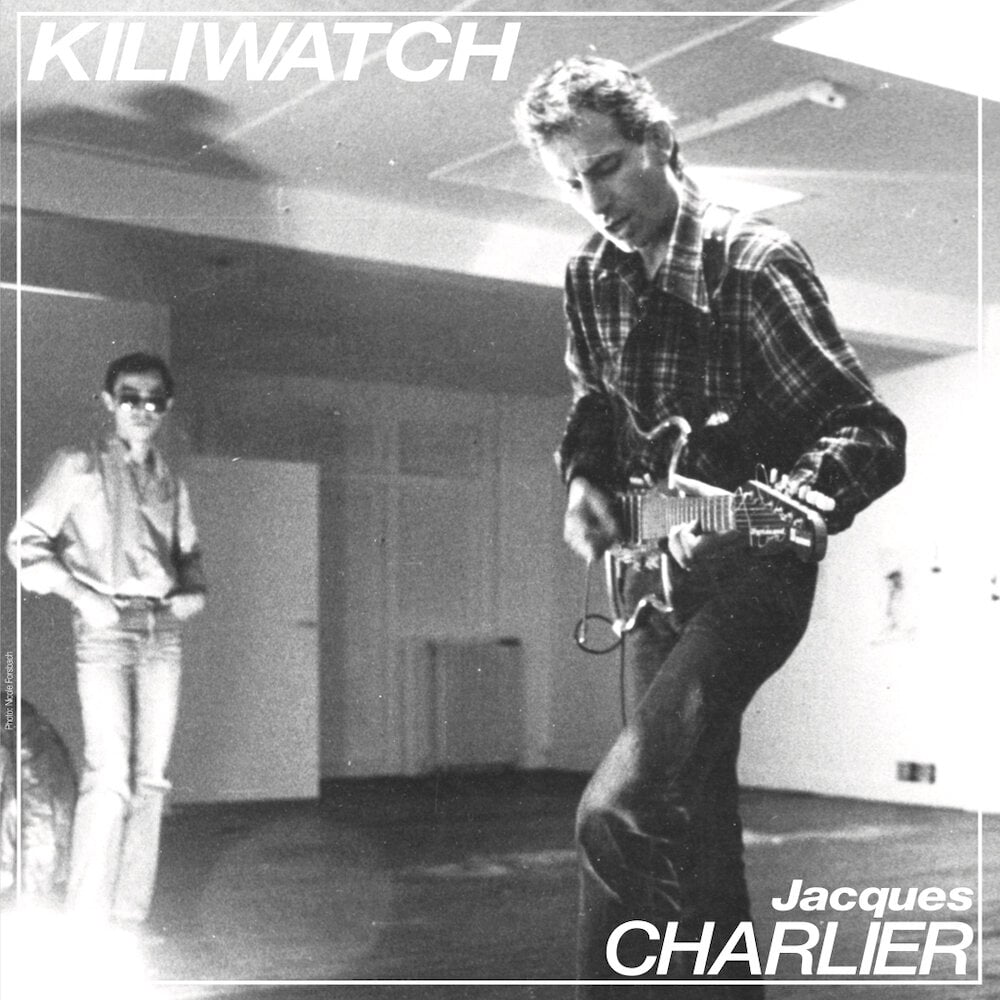 Two tracks exclusive to this single, limited to 150 copies and only available direct from Musique Plastique and Séance Centre.

Jacques Charlier is primarily known as a visual artist, which obscures the fact that he’s been actively multi-disciplinary for the entirety of his career. Born in 1939 in Liège, Belgium, his interest in all forms of art began at a very early age when he aspired to be a poet, writer, musician, comic book artist, actor, and movie director, and in his own eccentric way became all of these things.

In the 1970s, inspired by the minimalist sounds of Philip Glass, Steve Reich, La Monte Young, John Cage, and Meredith Monk, Charlier armed himself with a custom guitar, and sound modulating effects and started experimenting on his 4-track. He performed psychoacoustic pieces in Liège, Antwerp, Eindhoven, Rotterdam, Milan and Düsseldorf, and in the inimitable performance art video “Desperados Music”, filmed by Paul Paquay in 1979 for Belgian television. Charlier hit a creative stride in the 1980s, recording off-kilter tunes influenced by everything from post-punk, EBM, Yé-yé and psychedelic rock. Similarities reside in the catalogs of Belgian labels Crammed Discs and Les Disques Du Crépuscule, yet even with these genre-bending precedents, Charlier’s music is idiosyncratic to the extreme. In 1984 and 1987, he self-released two cassettes incorporating synth, drum machine, his custom guitar, and vocalist Martine Doutreleau on occasional duets.

This limited edition 7” single offers the previously unreleased jangle/darkwave jam “Kiliwatch”, backed with “Loulou”, a scorching psychedelic oddity from one of Charlier’s original cassettes. It precedes the upcoming double LP compilation of Charlier’s music, and is the perfect introduction to his curious and complex artistic vision.

Limited to 150 copies, only available via Séance Centre and Musique Plastique.